Sanskrit is not just a language. It is the voice of India soul and wisdom . It is the fountainhead of our national life spring. It is the link between our past and present. Sanskrit is the language of the Knowledge Tradition of Bharat.

Sanskrit language and literature is a great repository of knowledge encompassing every walk of life, be it science and technology, agriculture and sculpture, astronomy and architecture, medicine and metallurgy, mathematics and management, economics and ecology. This book is a humble attempt to give the reader a glimpse into the  rich and vast scientific heritage of Bharat hidden in the treasure- house called Sanskrit.

Sanskrit was the medium of communication, education, law ,administration, trade, commerce, art,entertainment, research and of all modes of  intellectual debates till a few centuries ago. It was the link language of Bharat. Reviving it again is only a matter of our collective will and time.

Sanskrit is one of the ancient languages of the world having its origin in the Vedic India. Most of the ancient texts of the Hindus as well as the later Budhhists are written in Sanskrit. Both in the ancient and medieval India most of the literary works were written in Sanskrit though in the colonial India due to certain reasons the popularity of this language decreased. But in the modern world there is a growing demand for this language and in to-day’s world it is one of the most cultivated language among the learned men.

Uluberia College introduced Sanskrit as a General subject in the year 2008 and the Honours course started from the year 2010.

Activities of the Department:

1. Guardians’ meetings are arranged on a regular basis.

2. Class tests are taken besides mid-term and Pre-final test.

3. Students are encouraged to participate in several extensional works carried out by the NSS wing of the college.

4. The department organizes Students’ seminars and cultural programs every year.

The strength of the department lies in its good relationship between the teachers and the students and the willingness of the students to learn the language. The students perform well in their University Examinations. In order to meet the need of the increasing numbers of students the department requires more teachers. We have no full time sanctioned post in our Department. Sanskrit as an ancient language of India opens up several opportunities for the students who want to pursue higher studies and devote themselves in research work. There are also job opportunities in different Academic and Research Institutions and also in the Government sector. In the present scenario of society where everybody is running after material comfort and benefits it is our challenge to motivate the students to discover the true spirit of our beloved country and to unveil the treasures imbedded in Sanskrit language &literature. 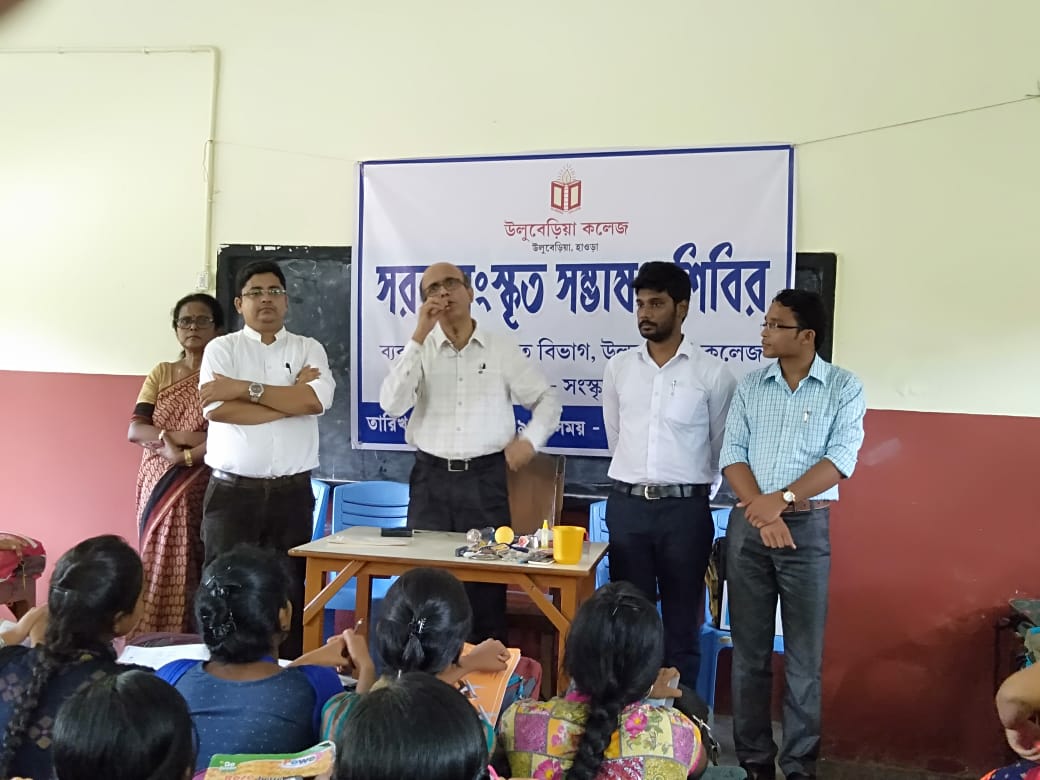